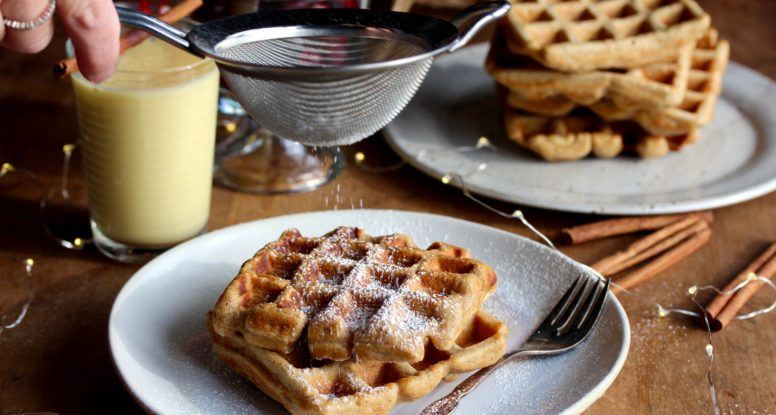 Am I the only one who ends up with an exorbitant amount of eggnog leftover after Christmas? It always seems like there’s some extra kicking around in the bottom of the carton and I’m always left scratching my head, pondering what the heck should I do with it. Most normal people would probably drink it. But, I much prefer to turn it into something magical. And for me, magical equals Whole Wheat Eggnog Waffles.

I would argue that there isn’t anything much more magical than waffles. Well, maybe winning the lottery or sitting in the front row at a U2 concert, but I digress. Waffles are the ultimate breakfast food and when you can add eggnog to them, they become something pretty darn special. But, there are a few things you should know before you actually BUY that eggnog, let me explain.

Your Eggnog Matters When It Comes to Eggnog Waffles

That’s right, your eggnog matters. And it really should matter whether your drinking OR eating it. Here’s the deal. Some of the eggnogs out there are pretty gross. Super sweet and laden with some pretty weird ingredients. If you’re really fancy, I suppose you make your own. But here’s the deal, when it comes to buying eggnog, buy the good stuff. The stuff that tastes good WITHOUT the alcohol. It’ll make your waffles better too. 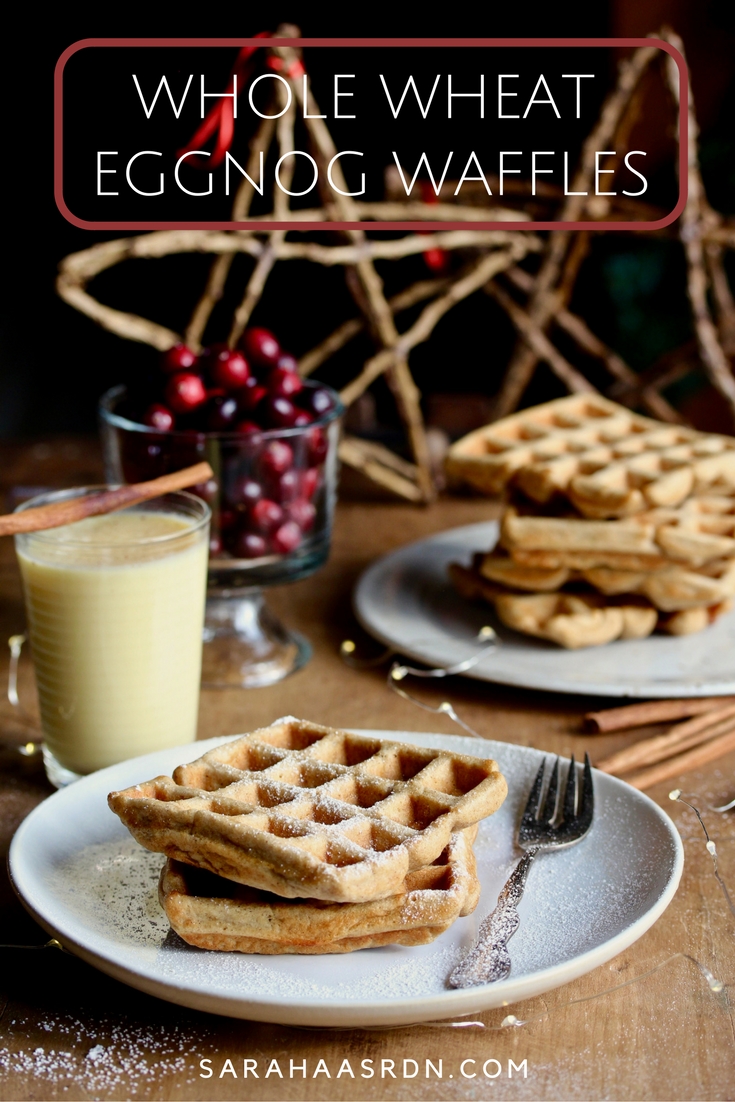 Yes, I love sugar, but that’s really not what these waffles are all about. And in case you didn’t know, eggnog is usually pretty darn sweet. That means you won’t need to add ANY additional sugar to the waffle batter. Did I really just say that? Yes, I did. Don’t add any more sugar.

Yes, it is! So get out your waffle maker and whip up a batch of these festive waffles! Your friends and family will think you’re awesome and they’ll be right, because you ARE awesome! 😉 Need a few more waffle recipes? I thought so! Try my Vanilla Coconut Waffles or my Basic Whole Wheat Freezer Waffles.

Got leftover eggnog in your fridge? Don’t drink it! Use it to make these super delicious and EASY-to-make Whole Wheat Eggnog Waffles!