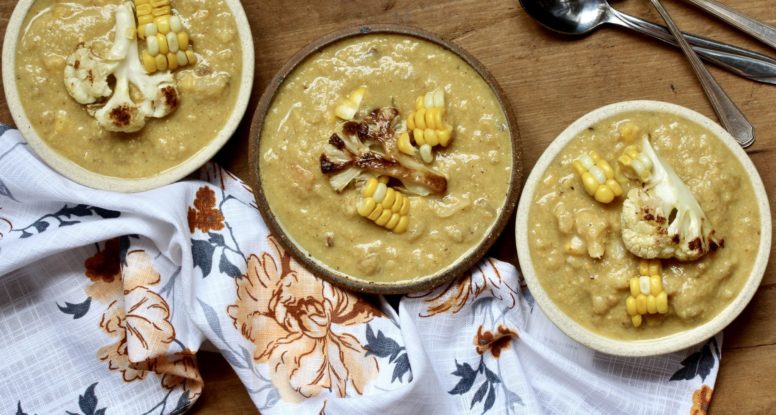 The best soups are often simply made. Simple ingredients turned into something so delicious! This Roasted Corn and Cauliflower Chowder is no different! 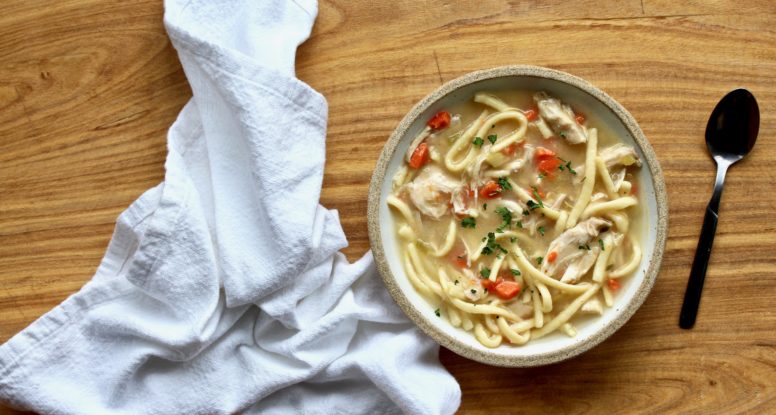 You can certainly buy chicken noodle soup from a can. And it’s certainly going to taste “okay.” And that’s totally fine when you’re feeling sick and don’t care about taste. But what about when you crave chicken noodle soup and you’re not sick? If you’re me, that canned stuff just won’t do. That’s why I created my version of Homemade Chicken Noodle Soup. Because we all deserve delicious soup! Want to see me make it!? Head over to my feedfeed tv channel, Lunch & Learn, to watch! 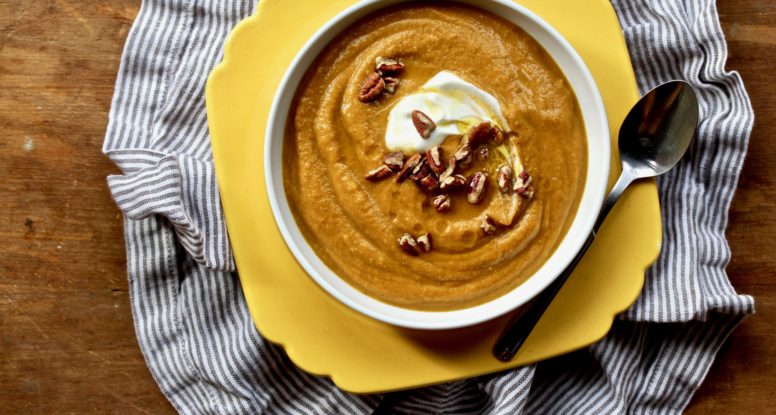 I love pumpkins. There. I said it and now it’s out of the way. I’m not sorry about it either. Because pumpkins are 100% awesome and they 100% make me happy. So happy that nearly all of the Halloween decorations in my house involve a pumpkin somehow. Beyond looking at them, I also love to eat them. And while I love a yummy sweet treat made with pumpkin, I also dig the savory stuff. Enter this Pumpkin Spice Lentil Soup! 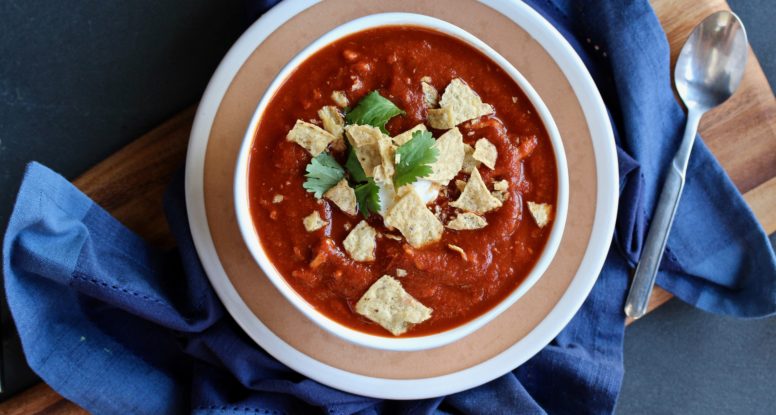 In my world, it’s always soup season. Yes, I know that many of you limit your soup to fall and winter, and I think that’s great. But, to me, soup is a year-round food. And call me crazy, but I love a good, spicy soup in the heat of summer! That’s when I like to bust out a big pot of this Chile Chicken Tortilla Soup! 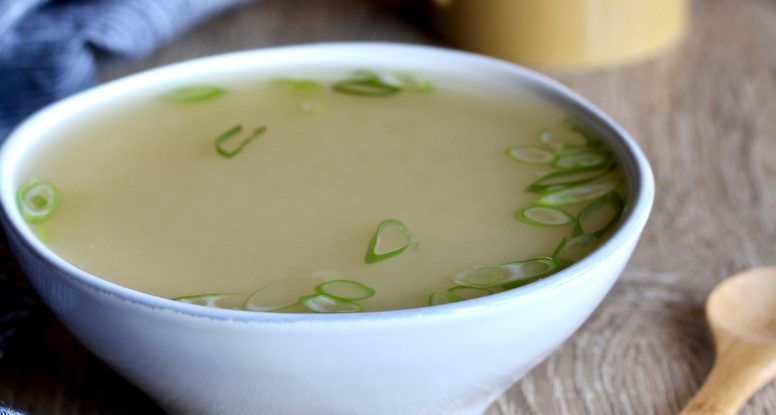 You made all of that dashi (see this post!), right? Now you need to know how to make miso soup! And luckily for you, I’ve got a recipe. Yep, I’m hooking you up with a SUPER EASY recipe for one of your favorite broth-y soups! 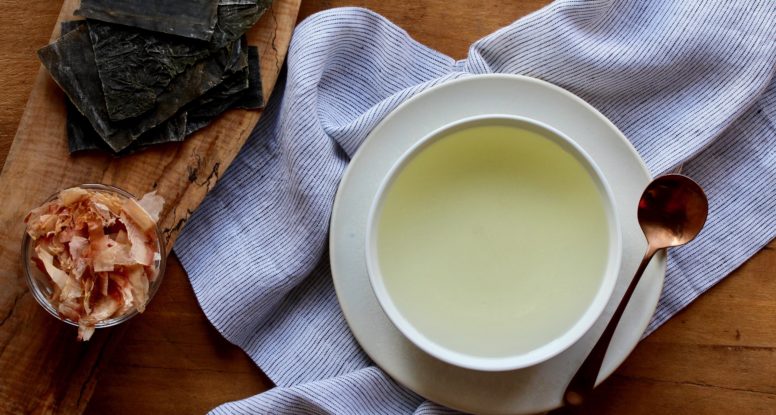 Have you ever wondered why that miso soup from your favorite sushi restaurant tastes so good? It because they use an amazing, flavorful broth to create it! Have you ever heard of dashi? Well now you have, and now you’ve got the intel you need to make delicious miso soup at home! 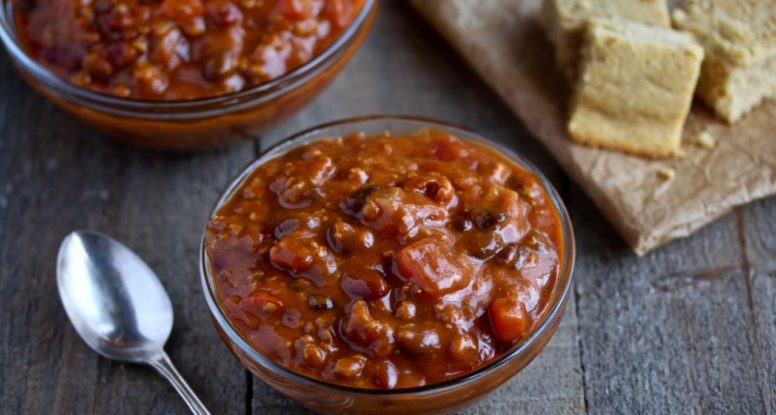 Comfort can come in a lot of different forms – a hug, kind words, a fuzzy blanket, or a warm bowl of chili. Chili? Yes, for me chili is comfort. It’s a warm bowl of pure happiness. Why is that? I think I’ve figured it out and guess what – it has everything to do with emotions and memories and that’s what makes it a perfect Fertility Friday food! 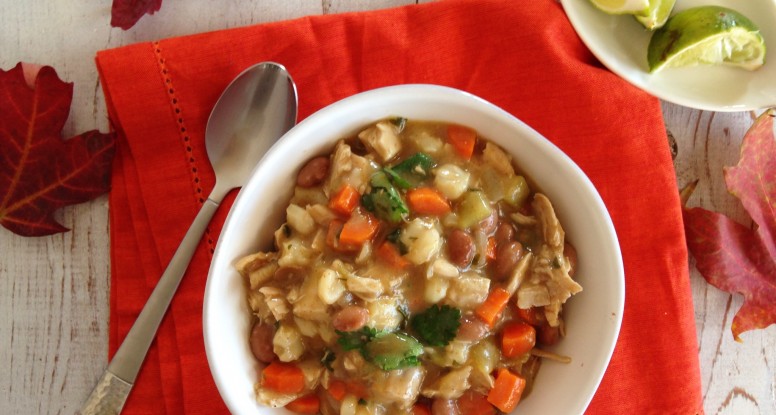 A Spin on a Mexican Favorite: Chicken Posole

I don’t know how my love affair of Mexican food began. It sure wasn’t inspired by anything I ate while growing up. I’m from the Midwest, so that’s part of my excuse. But, really, when I was younger (dating myself here), the closest I could get to Mexican food was a certain fast food chain (hello, chalupa) and a certain fast-casual food chain (hola, unlimited chips and salsa!). It’s a wonder, then, how I came to love Mexican food so much.

But I do love it and it has changed my life in the best, most positive way possible. How can a cuisine do that you ask? Simply, by educating me about food. I read so many great recipes featuring Mexican cooking and Mexican chefs, and I learned two important lessons. The first lesson I learned was the necessity of properly using spices to season food. The second lesson I learned was the importance of layering flavor, an indispensable tool used to build a recipe so that dishes go from ok to awesome. Those two lessons are the inspiration for how I make many of my dishes, including this Chicken Posole.

It’s not just another stew, it’s something that honors those lessons of properly using spices and building flavor. It’s brimming with everything from cumin to green chiles to the super delicious and texturally-pleasing hominy. This Chicken Posole is a tribute to honestly good food. It can fill any hungry or “hangry” belly and bring a smile to any face.

Whew, did I get your attention? Good, that was on purpose. I want you to read this part because these are tips for success, including a few reasons why I did what I did with this recipe. Read on…

And here, the montage of pictures honoring this Chicken Posole 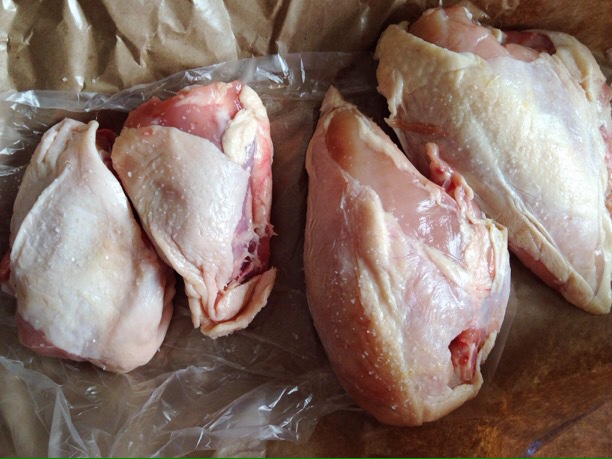 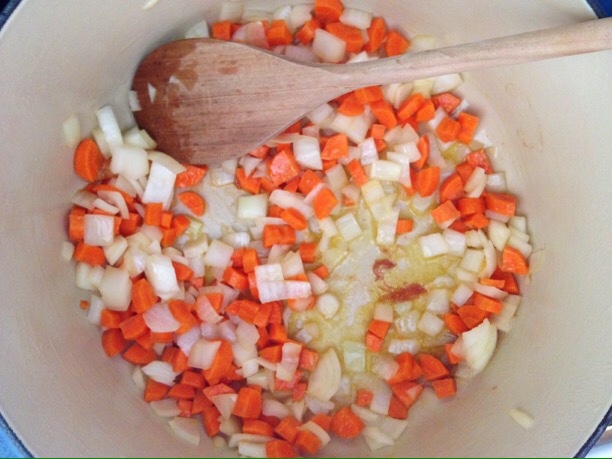 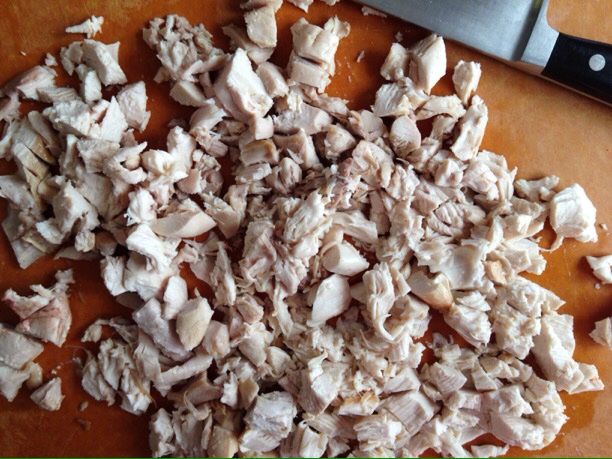 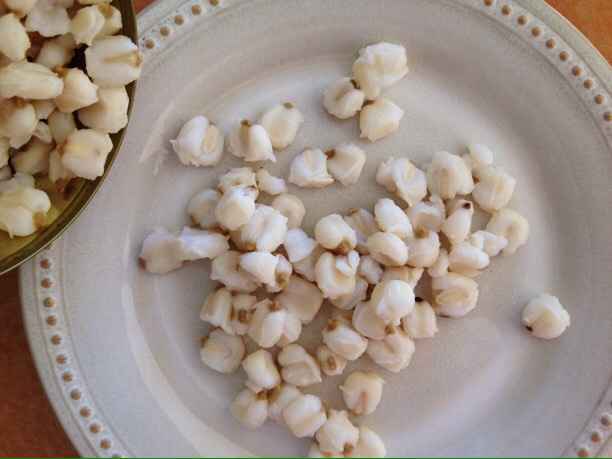 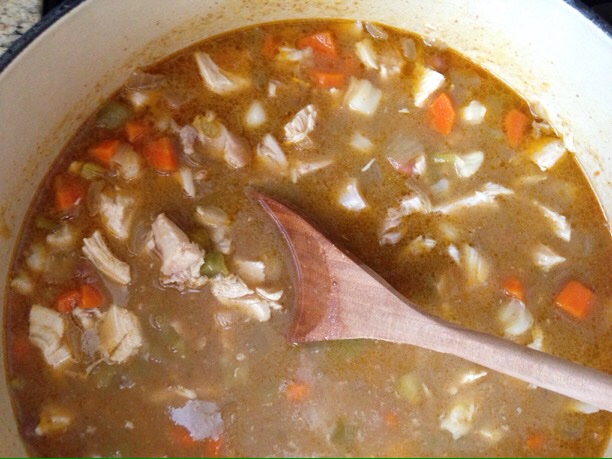 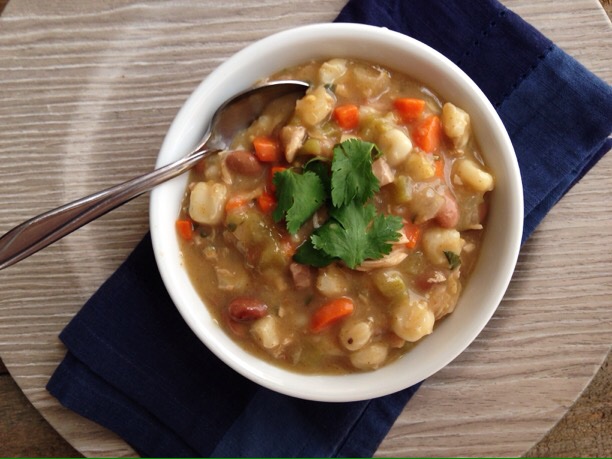 A big pot of warmth, this stew is hearty and loaded with flavor. Perfect for tailgates or potlucks or a delicious family dinner. 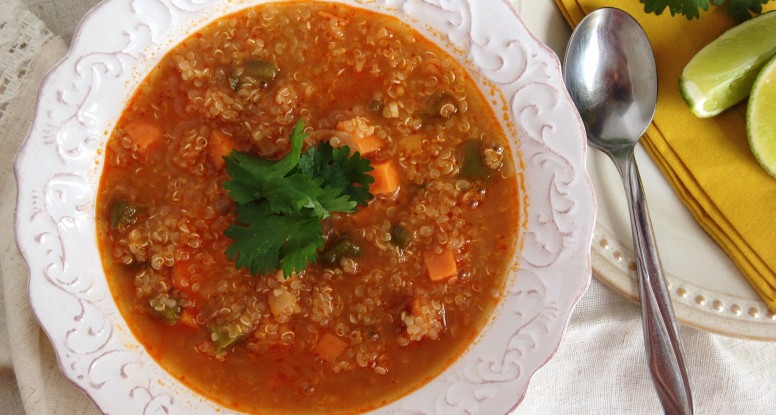 Why I made this recipe: Because “soup season” has officially begun in my household and because I really enjoy a bold-flavored, hearty soup like this Red Curry Quinoa Soup.

Why I love this recipe: Well, for the reasons I made this soup and for a few more too. First, quinoa is one of my favorite grains, not only is it nutritious, but it cooks super fast. That means this soup comes together fast too! Why else, you ask? Because it’s totally satisfying. There’s nothing I dislike more than a weak, bland, watery soup. This one is none of those things!

How this recipe is healthy: Oh, that quinoa! Not only does it cook fast, but it is so nutritious! A perfect source of vegetarian protein and loaded with fiber and iron, it’s a delightful alternative to rice and other grains. And how about that red curry paste! Never heard of it? Well, let me introduce you to your new kitchen staple. This stuff is simply magical. Typically used in Thai cooking, it adds serious depth of flavor to any dish you make, plus a little heat. All of that flavor doesn’t even come at a caloric cost either! The ingredients, usually chili peppers, garlic, galangal (or Thai ginger), shallot, spices and kaffir lime are foods that are loaded with antioxidants and other nutrients, that also happen to be amazingly flavorful. A true culinary and nutritional gem.

And here are the pretty pictures: 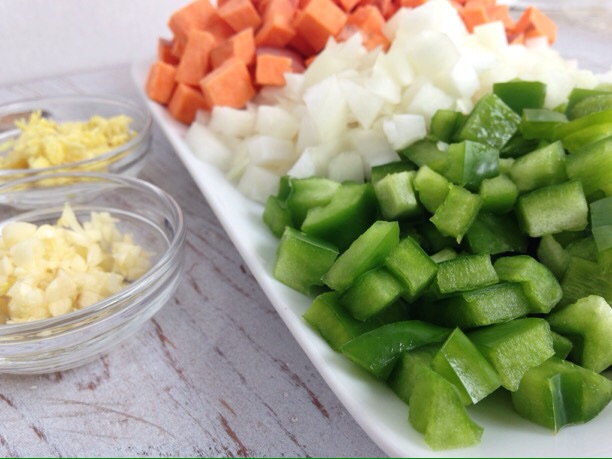 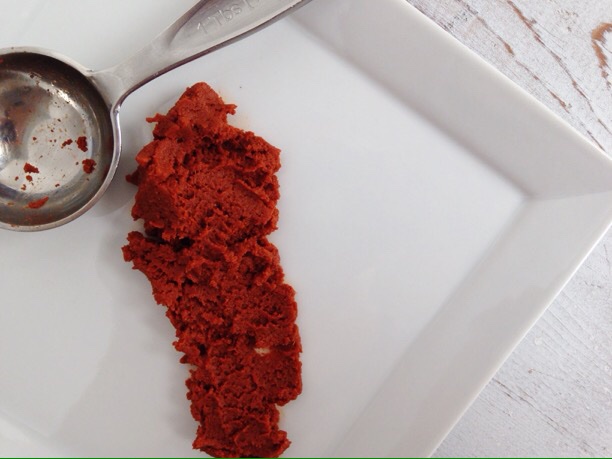 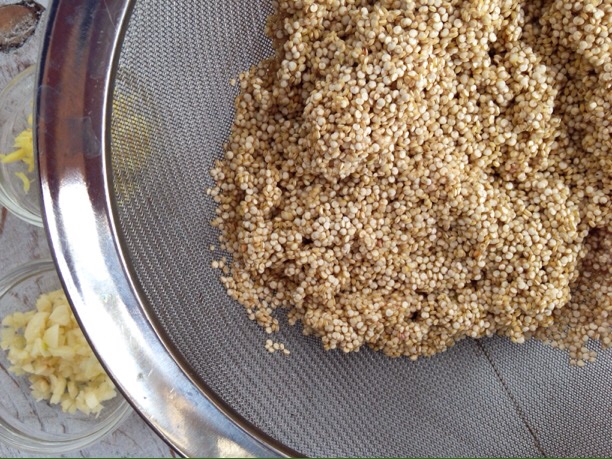 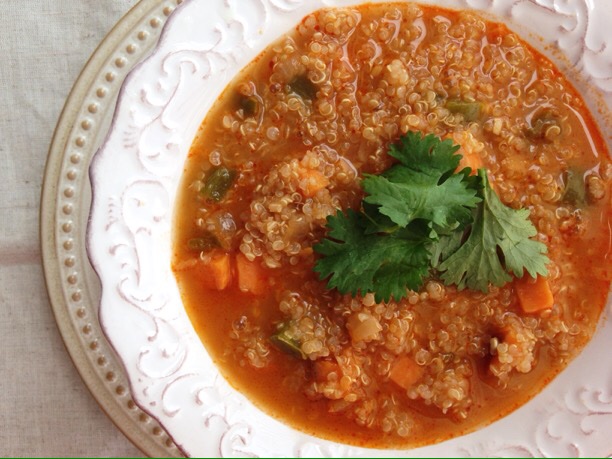 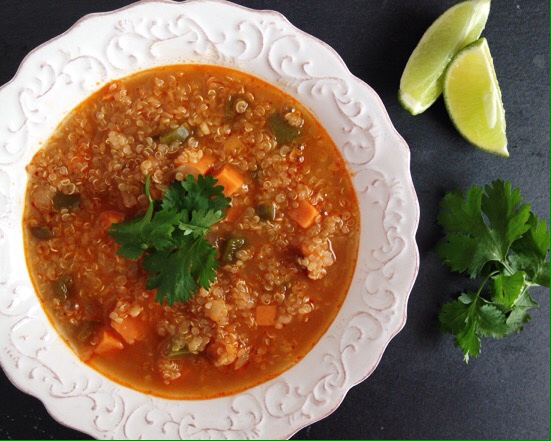 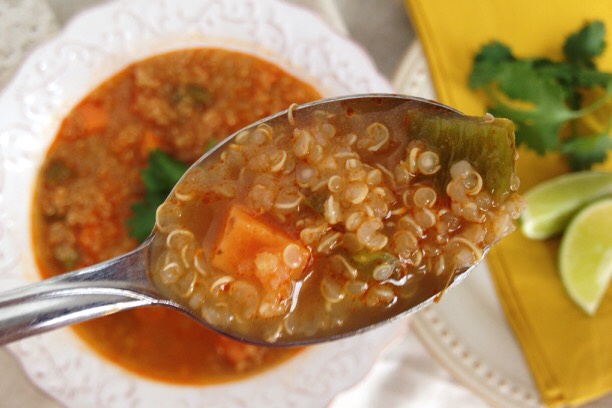 What’s your thought on lettuce wraps? Lame? Or

She’s everything. Happy birthday to my beautifu